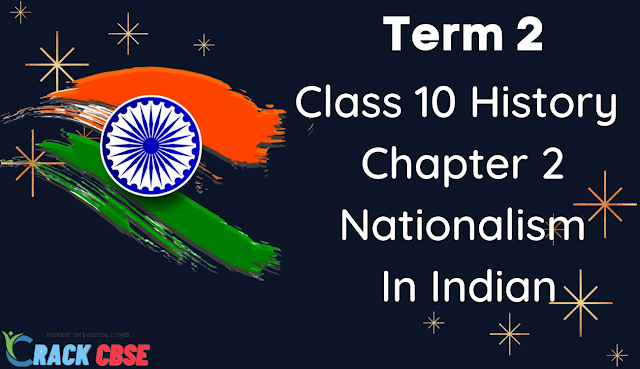 Join our Telegram For Free PDFs

The growth of modern nationalism is intimately connected to anti-colonial movement. The congress under the leadership of Mahatma Gandhi tried to forge groups together within one movement. However, the unity did not emerge without conflict.

The Differing Strands Within The Non Cooperation Movement:

The Differing Strands Within The Non Cooperation Movement:

The Non-Cooperation-Khilafat Movement began in January 1921. Various social groups participated in this movement, each with its own specific aspiration. All of them responded to the call of Swaraj, but the term meant different things to different people.

The Movement in the Towns-

Movement of Tribals in Andhra Pradesh:

Differing strands within the movement:

The Sense of Collective Belonging in Nationalism In India Class 10 Notes Pdf:

Mahatma Gandhi and the idea of Satyagraha:

Mahatma Gandhi returned to India in 1915 from South Africa. Gandhiji’s novel method of mass agitation is know as ‘Satyagraha’. Satyagraha emphasized truth. Gandhiji believed that if the cause is true, if the struggle is against injustice, then physical force was not necessary to fight the oppressor.
A satyagrahi can win the battle through nonviolence. People, including oppressors, had to be persuaded to see the truth. Truth was bound to ultimately triumph. In India the first was at Champaran in 1916 to inspire plantation workers to struggle against oppressive plantation system. In 1917 Satyagraha at Kheda to support peasants

In 1918 Satyagraha at Ahmadabad: Among the cotton mill workers.

The Effect Of First World War:

It gave the British government enormous power to repress political activities and allowed detention of political prisoners without trial for two years.

On 13th April 1919, a crowd of villagers who had come to attend a Baisakhi fair, gathered in the enclosed ground of Jallianwala Bagh. Being from outside the city, many were not aware of the martial law that had been imposed as a repressive measure. General Dyer with his British troops entered the park and closed the only exit point without giving any warning to the assembled people and ordered the troops to fire at the crowds, killing hundreds. This brutal act of General Dyer provoked unparalleled indignation. As the news of Jallianwala Bagh spread, crowds took to the streets in many North Indian towns. There were hartals, clashes and attacks on government buildings.

Non-cooperation programme was adopted at Nagpur in Dec. 1920.

Effects of the Non-cooperation Movement on the economy of India:

Foreign goods were boycotted, liquor shops were picketed and foreign cloth was burnt. The import of foreign cloth halved between 1921-1922. Its value dropped from Rs 102 crore to Rs 57 crore. Many merchants and traders refused to trade in foreign goods or finance foreign trade. People began discarding imported clothes and wearing Indian ones. The production of Indian textile mills and hand looms went up. Use of khadi was popularized.

Non-cooperation Movement in the countryside:

Slowing down of Non-cooperation Movement in cities:

Khilafat movement was started by Mahatma Gandhi and the Ali Brothers, Muhammad Ali and Shaukat Ali in response to the harsh treatment given to the Caliph of Ottoman empire and the dismemberment of the Ottoman empire by the British.

In February 1922, Gandhiji decided to launch a no tax movement. The police opened fire at the people who were taking part in a demonstration, without any provocation. The people turned violent in their anger and attacked the police station and set fire to it. The incident took place at Chauri Chaura in Uttar Pradesh.

When the news reached Gandhiji, he decided to call off the Non-cooperation movement as he felt that it was turning violent and that the satyagrahis were not properly trained for mass struggle.

Swaraj Party was founded by C.R. Das and Moti Lai Nehru for return to council Politics. Simon Commission 1928 and boycott. Lahore Congress session and demand for Puma Swaraj in 1929. Dandi march and the beginning of civil Disobedience movement.

A Brief Note About The Swaraj Plantations:

How Did People From Various Groups Saw The Civil Disobidience Movement?

On 31st January, 1930 Mahatma Gandhi sent a letter to Viceroy Irwin stating eleven demands, one of which was the demand to abolish Salt Tax. Salt was one of the most essential food items consumed by the rich and poor alike and a tax on it was considered an oppression on the people by the British Government. Mahatma Gandhi’s letter was an ultimatum and if his demands were not fulfilled by March 11, he had threatened to launch a civil disobedience campaign.
So, Mahatma Gandhi started his famous Salt March accompanied by 78 of his trusted volunteers. The march was over 240 miles, from Gandhiji’s ashram in Sabarmati to the Gujarati coastal town of Dandi. The volunteers walked for 24 days, about 10 miles a day. Thousands came to hear Mahatma Gandhi wherever he stopped, and he told them what he meant by Swaraj and urged them to peace-fully defy the British. On 6th April, he reached Dandi, and ceremonially violated the law, manufacturing salt by boiling sea water. This marked the beginning of the Civil Disobedience Movement.

Who participated in the movement?

Limits of the movement:

less participation by untouchables—Ambedker for separate electorate and Poona pact of 1932, Luke warm response by some Muslim Political Organization.

Signed between Dr. Ambedkar and Gandhiji. It gave depressed classes reserved seats in central provincial councils but they were to be voted by the general electorate.

The sense of collective belonging:

Though nationalism spread through the experience of united struggle but a variety of cultural processes captured the imagination of Indians and promoted a sense of collective belonging.

ABOUT US
CrackCbse is the best platform for online study. CrackCbse offers NCERT Solutions, NCERT Notes, Sample Papers, Extra Questions, Study Materials for Class 9-12 & JEE and NEET , Previous year questions For CBSE, JEE & NEET And Many More At No Cost
Contact us: [email protected]
FOLLOW US
© All Rights Reserved By CrackCBSE.in ❤